From Austria To Stonehenge, Blackpool And Back Again In 48 Hours – A Weekend Getaway

While watching the Top Gear episode “The One Tank Challenge” from Switzerland to the Blackpool Illuminations, we decided we had to see them live.

The winner of the race was allowed to switch on the lights at the Blackpool Illuminations Opening Ceremony. We figured out the Illuminations take place right NOW. From the End of August until the 10th of November. What a coincidence! 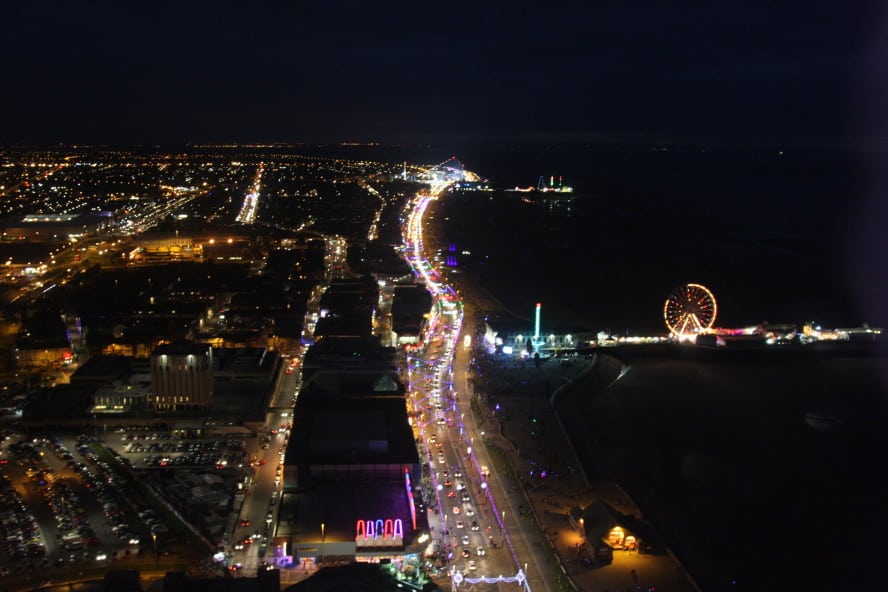 At the end of the episode we already knew where to fly to, how much a rental car is and where to sleep.

Ready to fly – Weekend Getaway to Blackpool and Stonehenge

2 weeks later we were on our way from Memmingen Airport aka Munich West to London Stansted. After the 1:20 hours flight and some trouble with one of the passports at the security, (They said it was stolen. Later we figured out a passport was stolen but they confused two numbers and now one of our passport was mistaken as being stolen) and picked up our car, an Opel Corsa – called Vauxhall Corsa in Britain. After getting used driving on the “wrong side” of the road we headed South. If possible try to avoid the highways along London because they get really crowded. It took as a while to leave the London area but we had time to enjoy the landscape and the weather. About two hours later we accidentally passed Stonehenge in the dark, illuminated by the full moon. I tried to capture it but the only result I got is the picture below which disappointed me a lot. Twenty minutes later we checked in at our Inn had some Thatchers (apple cider) and some yummy food. The next morning we headed back to Stonehenge.